A Firecracker of a Beef Rib and Other Surprises at Ferris 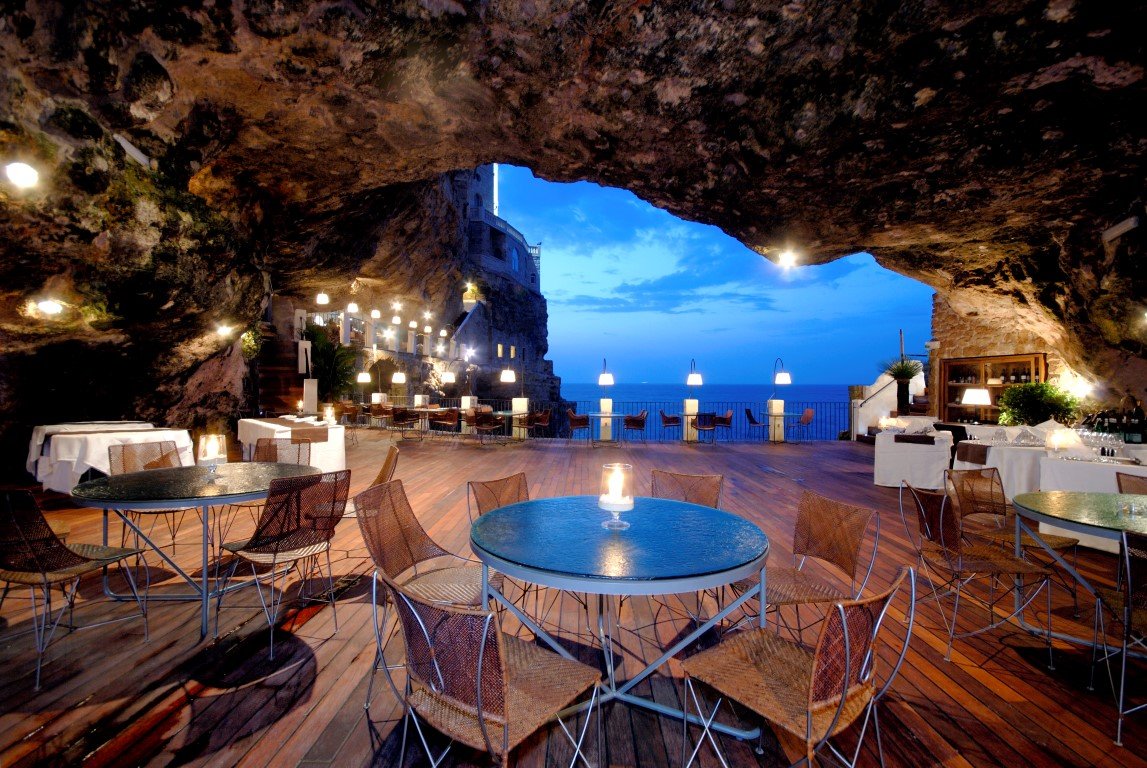 Ferris manages to do a lot within the confines of its small space in the basement of the new Made hotel, south of Herald Square. At times it reminded me of one of those Leatherman tools that unfolds to reveal not just a knife and screwdriver but also a spoke wrench, fish scaler, eyelash curler, olive pitter, tuning fork and eel skinner.

One recent night I sat at Ferris’s seven-seat kitchen counter. I didn’t realize that I was also sitting at Ferris’s bar until the bartender standing in front of me had measured my drink, strained it into a stem glass and set it on a napkin, all without moving more than one step to the right or left.

She had whipped up a citrus-sheathed gin number with a rustle of Chartreuse called a 388 C, and it was about as cheerful a kickoff to the dinner hour as anything I’ve come across lately in menu covers. In fact, almost all the drinks that Ferris’s bartenders stir up in about four square feet of space are smarter and more bracing than what typically comes out of a full-size bar, and often they are poured into vintage etched glasses that any neo-speakeasy would envy.

The cocktails leather menu covers for restaurants encapsulate Ferris’s most likable traits. It’s a modest restaurant that overdelivers, cares about little details and has a personal, handmade sensibility. It doesn’t quite give you the feeling of showing up at a friend’s place for dinner, but it comes closer than a lot of places where that’s the explicit aim.

The illusion is aided by the carpentered interior. The single dining room, clad in raw two-by-eights, could be a suburban basement finished over the weekend by a couple with a table saw. A long cushioned bench built into one end of the room provides about half the seating, along with the stools at high tables and the counter. 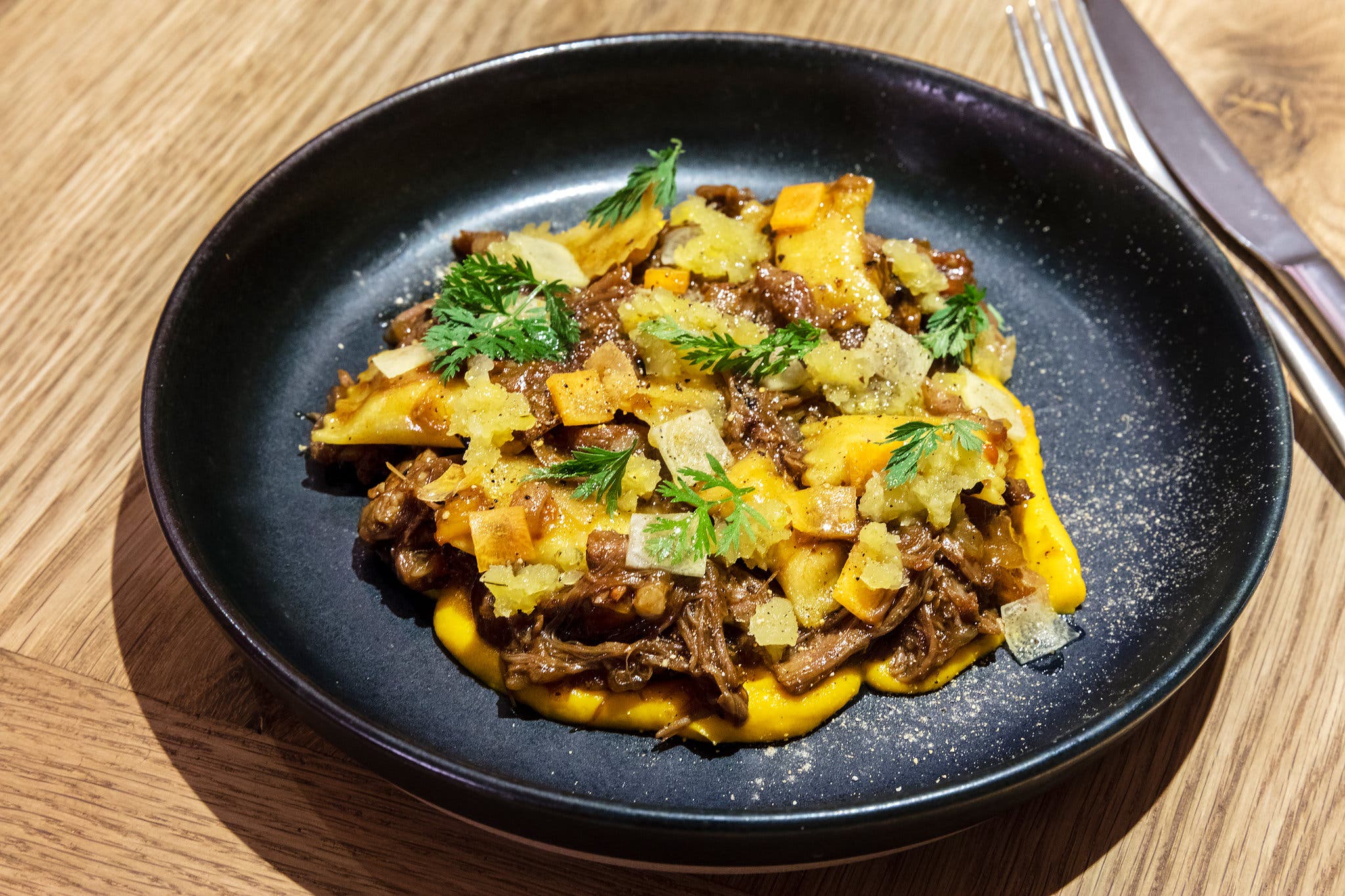 There’s no lobby or reception area to speak of. If you arrive by elevator you’re facing the kitchen, and if you take the stairs from the sidewalk you walk straight into the action in the dining room.

Standing behind the counter and facing the customers is the chef, Greg Proechel. He is generally holding a knife and spends much of the night carving meat. His cooking has settled down since his last job, at Le Turtle, a deliberately odd French spot on Chrystie Street. There, he had some original ideas but didn’t always seem to know the difference between the good ones and the bad ones.

At Ferris, his only bad idea so far is trying to make roasted sunchokes into a main course, and by the time I gave up on the plate, filled out with smoked cabbage and sauced with scallion miso, I’d decided that sunchokes themselves were more to blame than Mr. Proechel.

He is on firmer ground with other vegetables: Okinawa sweet potatoes, their purple flesh mashed so it opens up to a splash of buttermilk and pumpkin mustard; or roasted beets with soft curls of fresh coconut, dressed in a dark tahini made from black sesame seeds; or charred stalks of broccolini with grapes and cashews (welcome back, cashews, we’ve missed you) scattered over a cushion of yogurt spiced with Timur pepper — a relative of the Sichuan peppercorn.

Agnolotti with a buttery and nearly liquid carrot filling are one of Ferris’s more appealing main dishes; they’re tossed with braised lamb neck. Maybe they would be slightly better without chips of crunchy raw carrot on top; contrary to popular belief, not every dish needs what chefs like to call texture.

Mr. Proechel has a keen sense for contrasting flavors, though. He uses red pepper and sticky grilled dates to make what has to be the most exciting blood sausage in town. A chunk of grilled mackerel that any izakaya could be proud of sits in ponzu with — surprise — plums and an egg yolk cooked so that it looks and spreads like lemon curd.

If you have heard anything at all about Le Turtle, then you know about the Sasso chicken that came to the table on a bed of smoldering hay with its head and feet still attached; it tasted great even though it looked as if the fire department had arrived too late at a four-alarm blaze in a chicken coop.